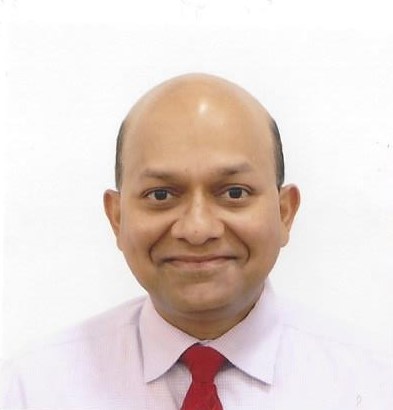 The most potent tool for reprogramming the sub-conscious mind is “creative visualization.” Albert Einstein once said: “Imagination is a preview of life’s coming attractions. In other words, whatever we see or visualize in our mind’s eye, becomes the reality.

There are many, many people who have achieved amazing things using nothing but the power of their own mind. I remember reading the story of Colonel Hall. He was a United States Airforce colonel who was shot down in North Vietnam and spent five and half years in solitary confinement. Solitary confinement is perhaps one of the cruelest forms of punishment. Withdrawal of human contact can drive a prisoner insane or make him/her commit suicide. Colonel Hall had practically no human contact for five and half years. Did he go insane? Did he try to commit suicide? No! He used the power of his own mind. His passion was to play golf. So, with his eyes closed, he imagined himself playing a perfect round of golf at all his favorite golf courses. Since time was not a constraint, he visualized this scene in minute detail! He also associated feeling and emotion with each mental image. This technique is called “Replayment of past success.” He also imagined himself playing a perfect round of golf at all the golf courses that he had not yet played in, but which he had only seen pictures of. This technique is called “Preplayment of future success.” When he was finally released from prison after the peace settlement, he went to a real golf course for the first time in many years, played a perfect round of golf. A reporter asked him: “Colonel Hall, is this beginners luck?” Colonel Hall smiled and said “Are you kidding? I have been practicing for this day for the past five and half years.”

I remember reading about United States POWs who were imprisoned in Vietnam. Some of them had wanted to learn how to play a guitar. But before they could take guitar lessons, they were drafted and sent to Vietnam. So, at the prison camp, with the help of fellow prisoners who knew how to play the guitar, they drew a picture of a guitar on a block of wood and practiced the key strokes on it. When they were released from prison, they were able to pick up a real guitar and play flawlessly. Amazing, isn’t it?

When East Germany was still an independent country, how was it possible for their gymnasts to win so many gold medals in the Olympics? The East Germans, Russians, and Romanian gymnasts were trained to visualize their entire routine in their mind’s eye over and over again. These images were deeply embedded in their sub-conscious mind. When they actually stepped into the arena, they performed their routine flawlessly.

Nelson Mandela is a truly iconic figure and is a source of inspiration for millions of people around the world. He was imprisoned by the brutal apartheid regime in South Africa for a total of 27 years. Out of this period, he spent 19 years in solitary confinement at the infamous Robben Island prison near Cape Town, South Africa. His prison cell was very small. In fact, it was so small that one end of the mattress that he was given to sleep on, touched a wall and the other end touched the opposite wall. He was given a bucket to use as his toilet. During the day, five days a week, for nine hours a day, he and other political prisoners had to break stones at a quarry. It was back-breaking work. They were given very limited food and water. There were no toilet facilities at this quarry. There was no place to rest from the blistering heat of the sun. Given such brutal and inhuman treatment, did Nelson Mandela go insane? Did he plan to take revenge on his brutal oppressors? Did he go insane or try to commit suicide? No, absolutely not. He used the power of his sub-conscious mind to visualize how a free South Africa would be after the end of apartheid and what role he would play in the post-apartheid South Africa. When the brutal apartheid regime came to an end, a lot of people expected the blacks to take revenge on the whites for the suffering that they had endured. But, thanks to the sagacious vision of Nelson Mandela, not a drop of blood was shed and the new South Africa came to known as the “rainbow nation.” It is a free, democratic country where all citizens, regardless of color, have equal rights.

Michael Phelps is considered the greatest Olympian of all times as he has won 23 gold medals. During the 2012 London Olympics, in one of his races, his goggles filled up with water and he could not see where he was going. He was literally blind. But he had visualized the entire race many, many times in his mind’s eye and had a mental blueprint of the number of key strokes that he would need to make to reach the other side. So he just kept count of the strokes and won the gold medal with a margin of less than one second.

Dr. Maxwell Maltz was a Jewish doctor who was imprisoned in the worst of the Nazi concentration camps – Auschwitz. In this camp, the Jewish prisoners were literally stripped of everything including their dignity. People were herded like cattle into the gas chambers. Dr. Maltz could have resigned himself to his fate and waited for his date with the gas chamber. But he did not do that. He visualized how his life would be after he got out of the concentration camp. This gave him a sense of purpose for living. He also made a mental blueprint of the names and faces of his brutal captors so that they could eventually be brought to justice. Dr. Maltz was able to survive the terrible trials and tribulations of Auschwitz by using the power of the sub-conscious mind.

I could cite many more examples of people who have achieved amazing things using the power of the sub-conscious mind.

HOW DOES ONE PRACTICE CREATIVE VISUALIZATION?

Experts say that the best time to visualize is early in the morning, or last thing at night as the sub-conscious mind is said to be most amenable to new information during these times of the day. Find a quiet place, close your eyes, and slowly breathe in and out. Within a few minutes, you will be in a calm, meditative state. Then, with your eyes still closed, visualize a success picture. See yourself in that picture. See yourself achieving what you desire or possessing what you want. Associate feeling and emotion with the success picture.

You can have a series of success pictures. If you practice visualizing these success pictures every day, they will sink deeper and deeper into your sub-conscious mind and you will be amazed to discover yourself accomplishing the goals that you desire or obtaining the material things that you desire. Visualize regularly with faith and emotion and you will be amazed with the results!

If you wish to make this technique even more powerful, here is what you need to do. With your eyes closed, visualize a success picture. Then imagine that picture coming closer and closer to you. Soon the picture will become blurry. Then imagine the picture entering your body through the top of your head. This is called “internalization of the success image.” If you do this, then every cell in your body will get infused with the success image. Like a bullet from a gun, you will accomplish what you desire.

Another technique that is also very powerful is the practice of repeating affirmations. An affirmation is a personal, positive statement that you say to yourself. The more number of times you repeat these affirmations, the deeper and deeper they will sink into your sub-conscious mind.

In order for affirmations to work, there are three requirements:

You can create affirmations for whatever goals and desires you have. Repeating these affirmations is the key. The more you repeat them, the more powerful they become.

If you do not wish to orally say these affirmations, you can also write them down on a piece of paper keeping in mind the three requirements mentioned earlier. During the course of each day, you can keep this paper in your possession and look at it. Even merely looking at this paper and reading these affirmations is very powerful.

Unleash the amazing power of the sub-conscious mind by using these two techniques and you will be stunned by the results. Be clear about what you want! Whatever you desire will come true with the help of these two techniques provided you do them regularly and with faith. Perseverance is the key to success. You must first believe that these techniques will help you achieve whatever you desire and you should persevere with the techniques even if you encounter temporary setbacks.

All of us are blessed by our Creator with this amazing power. Yet, sadly, 99% of people do not know that this power exists within them. Unleashing the power of the sub-conscious mind is key to success, good health, and happiness. In short, it is The Key to personal greatness. Go ahead, use it, and benefit from it.